“We’ve done the anywhere part,” Brian Chesky announced a few days ago, “but AirBNB is still, for some, an alternative way of travelling… until today.”

AirBNB Plus is a new tier of service that AirBNB have introduced for homes and hosts that go beyond the Superhost standard. 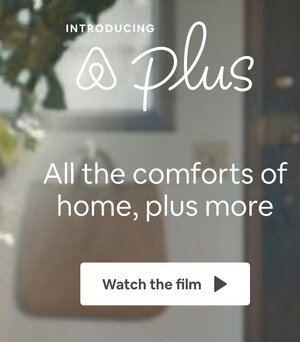 Here’s what an AirBNB Plus listing means:

AirBNB Plus listings are already available in several cities around the world: Austin, Barcelona, Cape Town, Chicago, Los Angeles, London, Melbourne, Milan, Rome, San Francisco, Shanghai, Sydney and Toronto, so you can go check them out yourself.

On the surface, this sounds like a great idea. I almost always travel with AirBNB, and when I’ve chosen to book a typical hotel, it’s always because I couldn’t find a Superhost listing to book. I’ve had bad experiences with AirBNB in the past, and have since decided to only book with Superhosts. However, even that is not a real guarantee of quality — in contrast to AirBNB Plus, becoming a Superhost has much less stringent rules.

Here’s what a Superhost listing means:

It’s almost entirely review-based: the requirement to maintain at least a 4.8-star rating is the most difficult hurdle. There are otherwise no quality requirements that the listing must maintain. In effect, Superhosts are community-selected, which is tricky because a string of teenagers used to hostels and leaving glowing reviews on a listing could make it appear more attractive than it actually is. I’ve stayed with Superhosts that had faulty showers, unstable internet and a kitchen that consisted of a sink and a kettle.

So I really like the idea of a higher class of accommodations that have been independently inspected. This is the first time they have ever offered anything like a guarantee for the quality of their things. Previously there was still a bit of a risk with booking an AirBNB, but this should dispel all doubt. AirBNB is doing what every company does after its initial growth spurt: it’s bunkering down, standardising its product… and, in effect, increasing some of its prices.

While price increases are not explicitly mentioned, it seems reasonable to expect that listings in this new category would fetch higher prices. After all, it costs more labour on AirBNB’s part to inspect these listings and it also costs the host at least $149, not to mention extra costs spent to meet the 100-point checklist. AirBNB Plus is no doubt a premium offering, catered towards a wealthier clientele.

Another concern is that the line between AirBNBs and hotels are blurring, and not necessarily in a good way. The original appeal of an AirBNB was that it was someone’s personal home, with all the quirks and defects that come with it. AirBNB’s overwhelming success then brought about a new class of landlords who buy properties with the specific intention to rent them via the platform. Already there are several boutique hotels that have been allowed to list accommodations as well.

The new Plus tier seems to narrow the gap between corporate hotel chains and spare rooms owned by real locals substantially. This feels less like a disruption of the hotel industry and more like a return to the status quo. I remain a huge fan of the brand, and I worry that AirBNB will lose that disruptive “plucky startup” charm — because they’re no longer a startup. They’re a major player, and if this announcement is anything to go by, they’re about to get even bigger.