One of my favorite obsessions is watching or reading about the gear other people use. I’ve watched almost every “What’s in my tech bag” video on YouTube, it feels like, and I’m always prowling blog posts that detail what someone is using. In case there’s anybody out there that is as interested in these things as I am, here’s an overview of what my home office looks like and the gear that I use to make videos, write both blog posts and code, and generally mess around on the internet.

I’m only mentioning larger items of note that I use frequently.

Not pictured but in frequent use 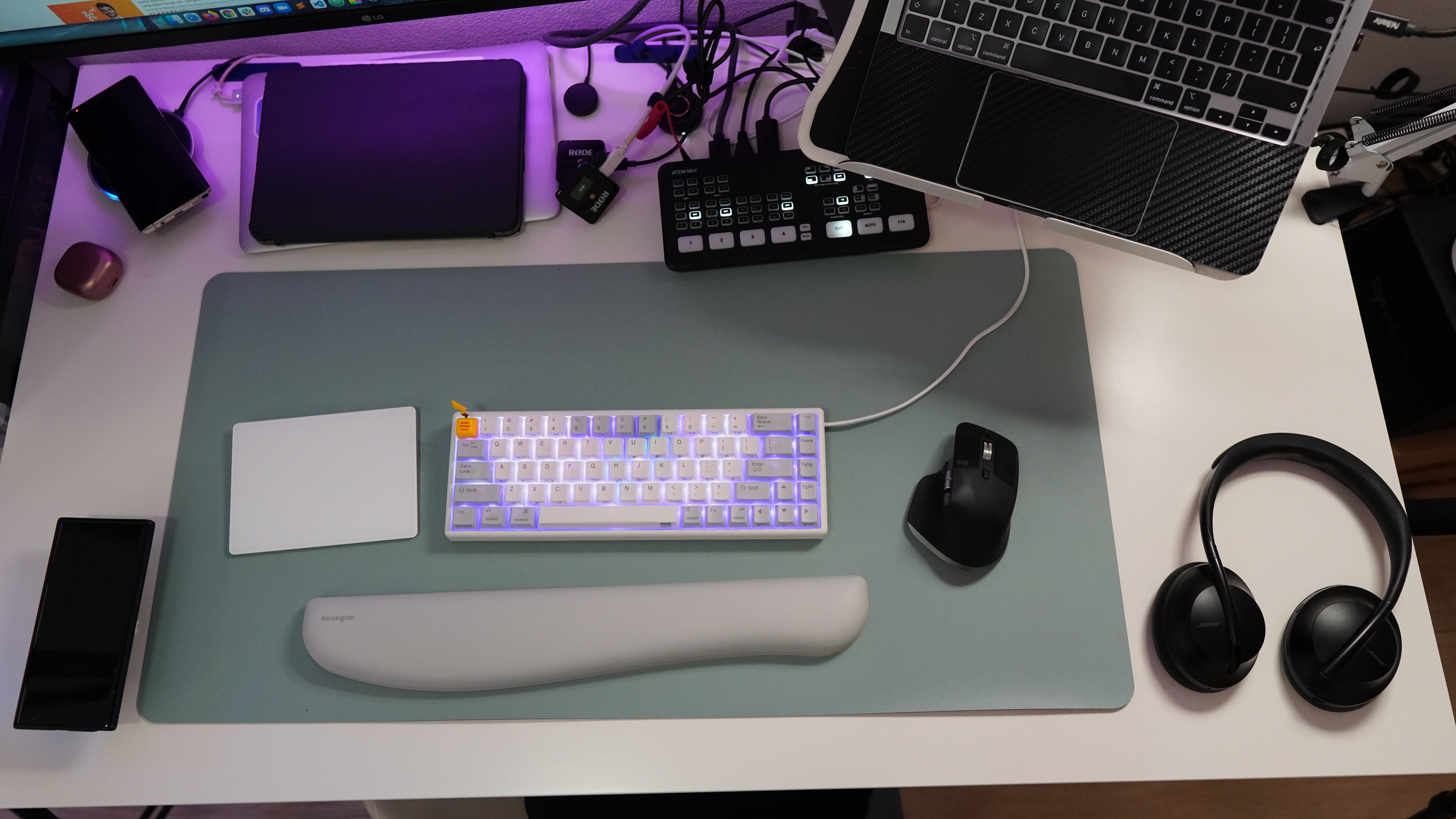 Non-video gear on my desk

I already listed the video-related gear on my desk in the first section above, but here’s everything else.