In the recent RubyConf 2020 held in Melbourne, Australia, Nancy Cai from AirTasker talked about how they built a performance testing framework using Ruby JMeter and Flood. Luckily, we had some pleasantly surprised Flooders in attendance to take notes during this fantastic talk!

AirTasker is a platform allowing the outsourcing of everyday tasks. When discussing the reasons that AirTasker decided they wanted to carry out performance and load testing, Nancy told a fascinating story about an overly successful marketing campaign—a good problem to have, but a problem nonetheless. The Sydney Cats and Dogs Home, an animal shelter, teamed up with AirTasker to pay one lucky person $500 to spend the day playing with the resident animals. The prospect of this dream job created an enormous surge in AirTasker’s traffic that caused alarm bells to go off on the underlying application servers, resulting in an end-user experience that was less than desired.

Nancy included this hilarious slide about some common feelings regarding application performance.

Steps for running a performance test, the AirTasker way

To avoid repeating that mistake, Nancy and her team set out to run performance testing by using the following simple steps:

Setting up a load testing tool and framework

When it came to selecting the right tools for the job, AirTasker wanted tools that met the following criteria:

Nancy’s team compared several load testing tools and found they enjoyed using the Apache JMeter tool, which is a popular open source load testing software. However, they quickly ran into an “out of memory” error after attempting to run about 400-800 concurrent users on a single machine. She and her team decided to use a distributed load testing platform to run the load they required to scale up more effectively. 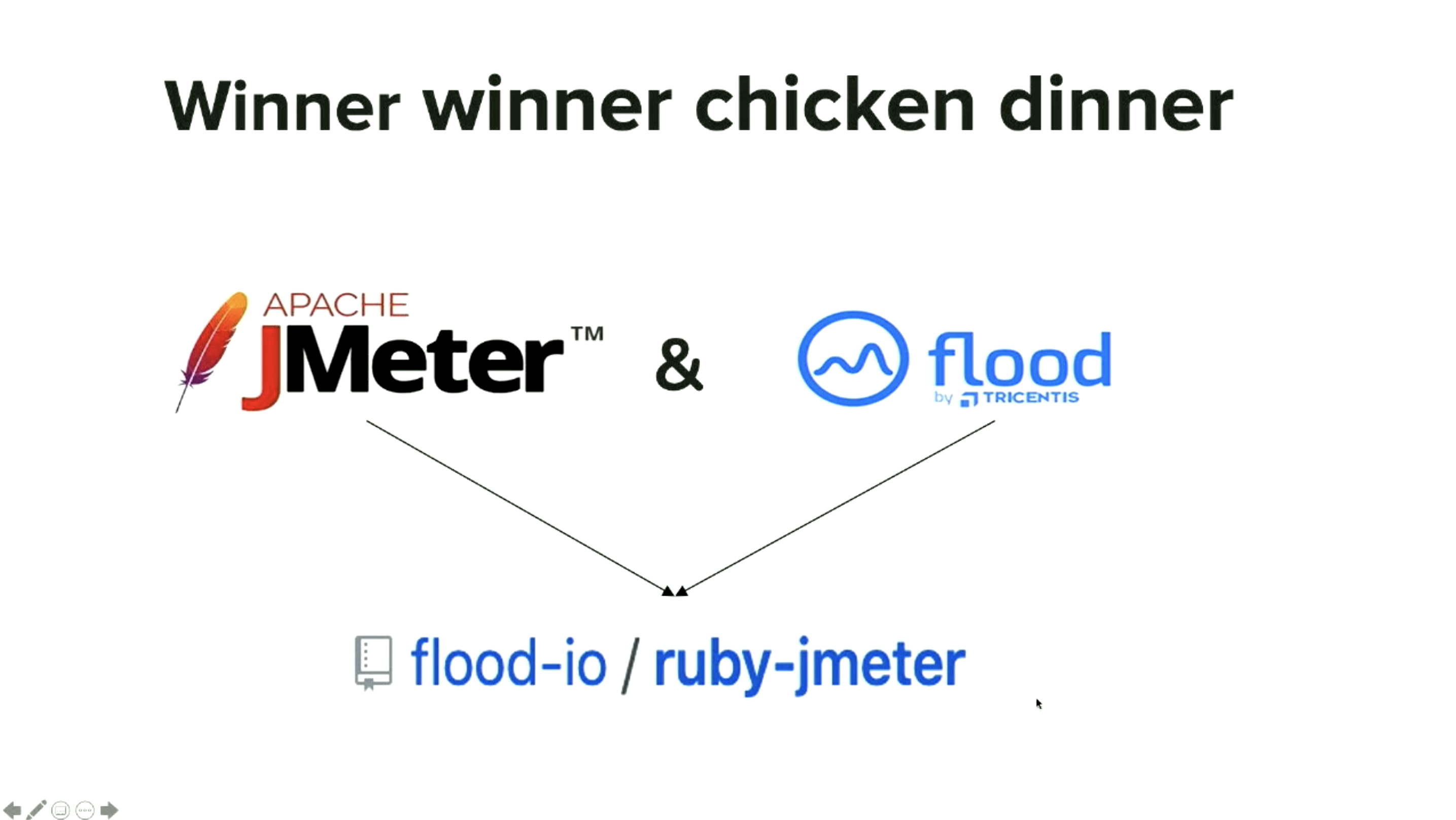 We also chose Flood.io […] because it comes in with a really good open-source gem called Ruby JMeter. It is a Ruby-based DSL for building JMeter test plans. - Nancy Cai, AirTasker

Nancy and her team enjoyed the benefits of being able to write load tests natively in Ruby and then using Flood’s Ruby JMeter gem, which is a Domain-Specific Language (DSL). Flood allowed them to turn their Ruby scripts into .jmx files, which is the native XML format that JMeter uses.

When they were ready to scale up, AirTasker ran the same JMeter script in Flood. 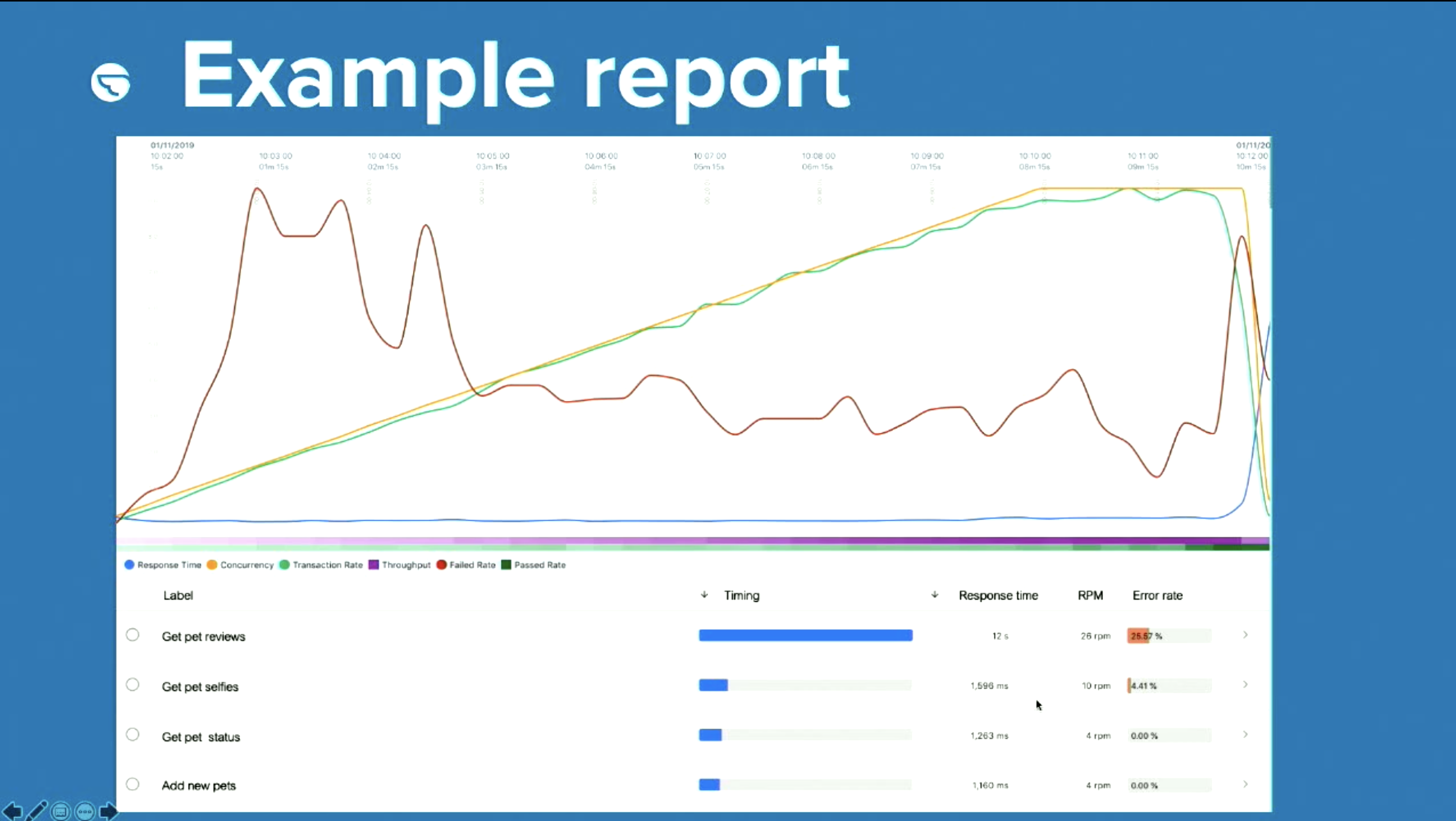 The real-time Flood dashboard allowed them to see that there was a problem on one of the API endpoints, called “Get pet reviews.” Further investigations revealed a performance issue due to a long-running query against a database server in the code, which AirTasker’s developers could fix.

Nancy gives some great advice for anyone running a performance test, including:

We were so thrilled to hear Nancy’s story on how Flood helped AirTasker run their performance tests. Catch the entirety of Nancy’s talk below, and check out the resource links at the end of the post to follow Nancy’s story.‍